Founder of ISKCON. His Divine
Grace A.C.Bhaktivedanta
Swami Prabhupada
He who is satisfied with gain which comes of its own accord, who is free from duality and does not envy, who is steady in both success and failure, is never entangled, although performing actions. (Bhagavad-gita 4.22)
Projects  |  Holy Dhamas  |  Krishna  |  Bhagavata  |  Sampradaya  |  Calendar  |  Contact 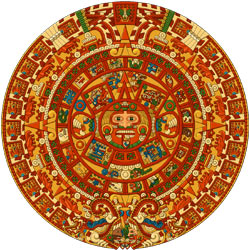 Diary of a spiritual journey 24

The Crisis! People say it’s coming. I have heard it for years. In the year 2000, it was the “Milennium bug” also known as Y2K, and all computers were supposed to go flat. Some people had dug themselves in on farms, with a huge stock of grains for survival, convinced that the modern world as we know it would cease to exist at midnight on 31 December 1999. I was in Sydney Australia at the time together with Indradyumna Maharaja and a group of devotees in a kirtana outside a ‘rave party’. I was hoping the electricity would go out, -maybe the raving madness of this world would stop-, oh, and by the way I did have a torch in my pocket. What a let down when nothing happened and life continued its ordinary boring course. I must say I am tired of ‘Doomsday’ prophets and if someone starts about the end of the Maya calendar in 2012, then I think that it is going to be a long time before Maya is going to be finished with them.

Now again the end of the world is near, prophets say. This time it’s the economic crisis and the funny thing is it looks real. The world sits on its money and waits for what is coming. What am I going to do? Find a farm somewhere?

Not really for me the crisis didn’t start in the year 2000, nor did it start just recently when Wall street fell; the real crisis began long, long ago from the moment we first came in the material world caught up in the cycle of birth and death. The solution doesn’t change, it’s still pure devotional service, especially the chanting of the holy name. The stock of our business as preachers of Krsna consiousness is going up day by day. War, famine, earthquake, Tsunami, $-crash, global warming, aids, tornado and death in the family bring people to their knees. I think we are going to have a good time.